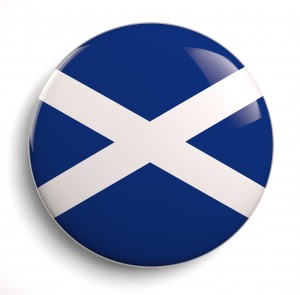 The Scots go to the polls next Thursday September 18th to decide whether or not they should break free as an independent country. It seems to be only just dawning on the governing Westminster elite in London that they might actually decide to leave. The  political establishment are now in panic, even rolling out some of the old guard politicians to persuade the Scottish voters to stay with the union. Senior civil service officials admit they have no plan of action should Scotland decide to go it alone. It appears they never took the Scottish referendum seriously and that this is for real.

In looking at the arguments of both camps, and having spent a few hours talking with a friend who is staunchly in favour of independence, I’ve come to a decision I didn’t thick I would. I’m with the yes camp (yes for independence).

I’m almost shocked myself at my own decision, but there’s three things that have struck me particularly in the debate that have helped my reasoning.

Firstly, the no camp are trying it on with the worst scare tactics going. They are claiming Scotland will face a stark future if they decide to go it alone. They’ll be a currency crisis, the economy will collapse. Education and the health service would suffer. As one person kindly pointed out on one of my other blog sites, fifty years ago this month Malta took the decision to go it alone, and become independent, despite similar predictions of doom and gloom. So Scotland’s not too small. I happen to live in Sweden, one of the smaller European countries, which does pretty well, as do our neighbours Norway and Denmark.

Secondly, the ‘Yes’ camp are keen Europeans, unlike their neighbours further south. If I ever returned to live in blighty (as we Brits fondly refer to the British Isles), I’d really struggle with this issue – in fact even more than the rubbish plumbing. I’m British, and proud of it, but I’m also a European and very proud of that too. Shock horror I’m even a fan of the Euro. It allows me to travel across Europe (most of it) without having to pay some bank to change my currency each time I cross a border and I can easily compare prices across European borders as they (mostly) have the same currency. I actually hope Scotland ditches the pound if they win, and adopts the euro.

Thirdly, and the most important reason for me personally, I think Britain (and when I say Britain, I mean England and when I say England that actually means just London) needs a damn good shake up. Britain is still in a hang-over from its empire days and still uses its colonial past as its normal reference point when considering the rest of the world and its relationship to it. In fact Britain has one almighty identity crisis. For the average Brit, Europe is another place. I’m not really sure what the plan is if the UK ever decided to leave Europe, which might just happen with political parties like UKIP snapping at the heels of the conservatives over the EU and pushing to withdraw. Maybe Britain intends to become the 51st State of the US (or Airstrip One). I fear for Britain greatly unless it moves on and defines a new future and lets go of the past.

As part of redefining itself, more power should be devolved across the UK. Cities like Liverpool, Manchester, Newcastle and Cardiff should become new powerhouses of commerce. Infrastructure needs to be modernised to ease travel and communications and a whole host of strategic changes made to Britain’s game plan to face a new future.

If the Scots do vote yes then expect some major implications. Who would be next? Wales, Northern Ireland? Yorkshire?

If the Scots do vote yes next Thursday it will be a case of Scotland the brave and potentially the start of Little Britain.

Join my City Brands group on Linked In.