The Rise of Independent Workers & e-ployment

The UK’s Daily Telegraph ran a feature on the growing trend of people living and working where they want, as independent workers, through the use of cloud based tools. These global digital nomads are becoming an increasingly important part of the global shift in employment economics and cities and countries are having to consider the best ways to attract and retain these people as new residents. Daily Telegraph Article www.telegraph.co.uk/finance/personalfinance/expat-money/11177809/Working-online-The-rise-of-e-ployment.html A new book covers the topic called E-Ployment: Living & Working in the Cloud. 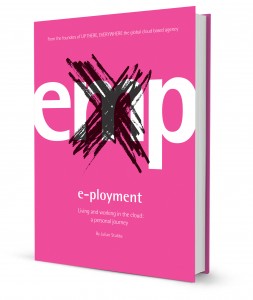 The book makes the point that globally there is a dramatic shift taking place in employment norms. We are seeing a large rise in the number of self-employed people around the world. Not all of them wander the globe either. Some observers in the US have called this the rise of the 1099 economy, a term derived from the form Americans fill in and and file to the IRS (US tax authorities) to denote their self employed status in their annual tax assessment. This 1099 economy is predicted to count for a large and growing proportion of the total US working population within the next decade. Although the US self-employment rates are a topic that are debated, some commentators predict that self employed people will account for a major proportion of the US total workforce. In an article on GIGAOM, a US blog that follows technology, Gene Zaino, CEO of MBO Partners, predicts in a report from his company that there will be 65 to 70 million independent workers within the next decade. The same report also states that the majority of people in independent work chose it, and had not been forced into it, and that a large number of those in traditional employment are considering moving across to work independently because of the lifestyle benefits and because of a lack on fulfilment with traditional employment. This rise in the number of freelance workers obviously raises a number of different issues with regards to insurance, healthcare and pensions etc. These issues vary greatly depending on where in the world you are located. As an independent worker in Sweden for example, provided you are paying your personal tax, the governmental systems for health and pensions will cover you.   E-Ployment Living & Working in the Cloud is available on Amazon.
E-Ployment the cloud